Venue 1870 is an exceptional and hidden space and is ideal for any kind of event. It sits inside the Wunderhouse Student´s residence which was opened in 2015.

The building is at 20 San Lorenzo Street. It was built in the second half of the 19th century by the Marquis of Villamagna, and in fact he lived here for several years. It was acquired years later by the Vatican, and has served to house many people: from university students to a religious order.

Today it still retains its original appearance due to the fact that the renovations have preserved its original structure and features. This space has been completely adapted for modern use – although original 19th century frescoes are still conserved in its rooms.

It was built in 1870, and so the space inside the residence for events takes this name. It has two rooms that are fully functional and can be adapted according to requirements:  showrooms, cocktails, presentations and any kind of meeting that needs to be hosted. Both rooms can hold a maximum of 80 people.

Depending on the requirements, two more rooms can be added to these two main ones. There is a library and another cosy lounge with a fireplace and also a gallery which is runs along the side of the building next to the old stained-glass windows. The entire floor covers approximately 156 meters. The rooms have a cloakroom and two bathrooms.

The building also has a wonderful courtyard, which can also be hired to complement the rooms and where many events can be organized such as filming, cocktails, breakfasts, etc.

The building is located in the Chueca neighbourhood, and this is one of the most important areas of Madrid's cultural life. Public parking is available on Farmacia Street and Santa Brígida Street.

156 square meters over two main rooms, a library and a meeting room with a fireplace. Capacity for 80 people. Outdoor courtyard, Wi-Fi thoughout.

OF MOST "EXCELLENCE": The long history and tradition of the building, all comforts and amenities. 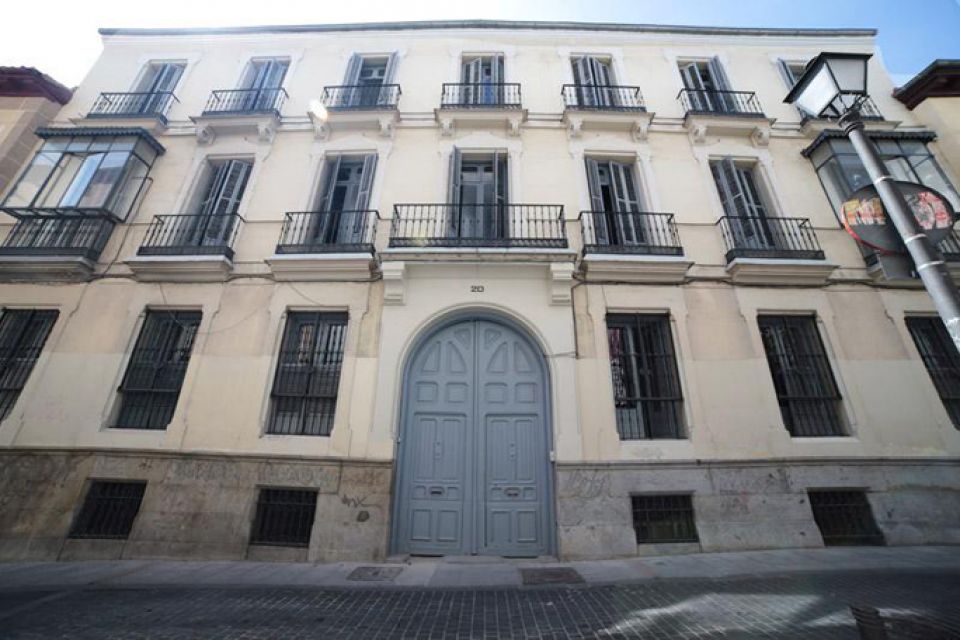 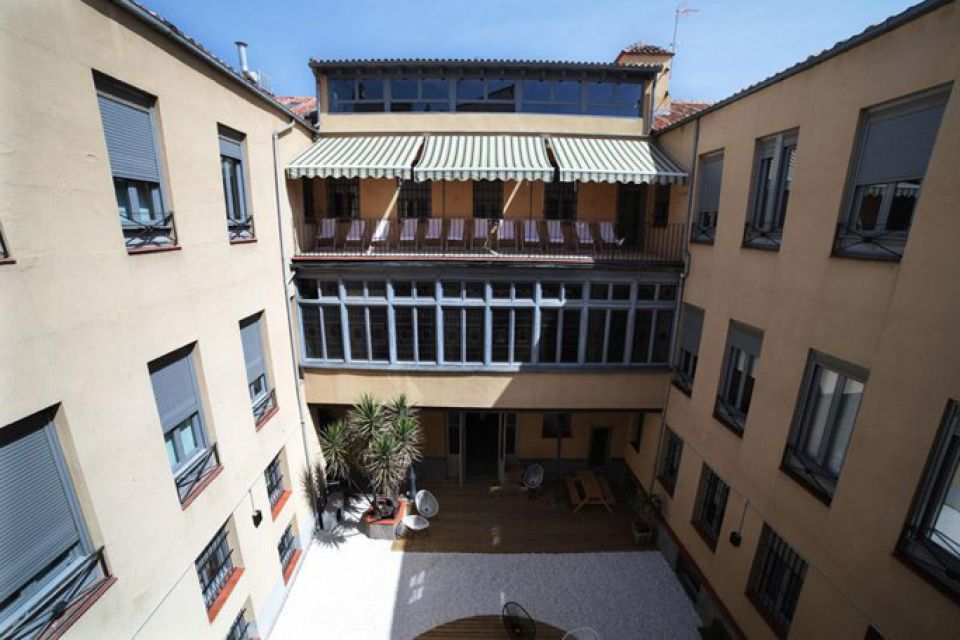 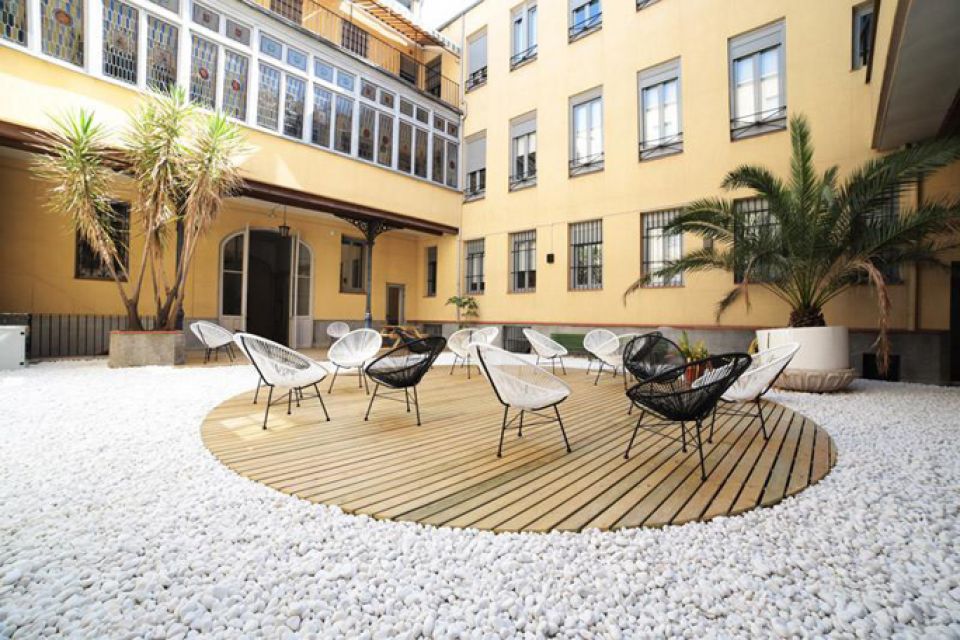 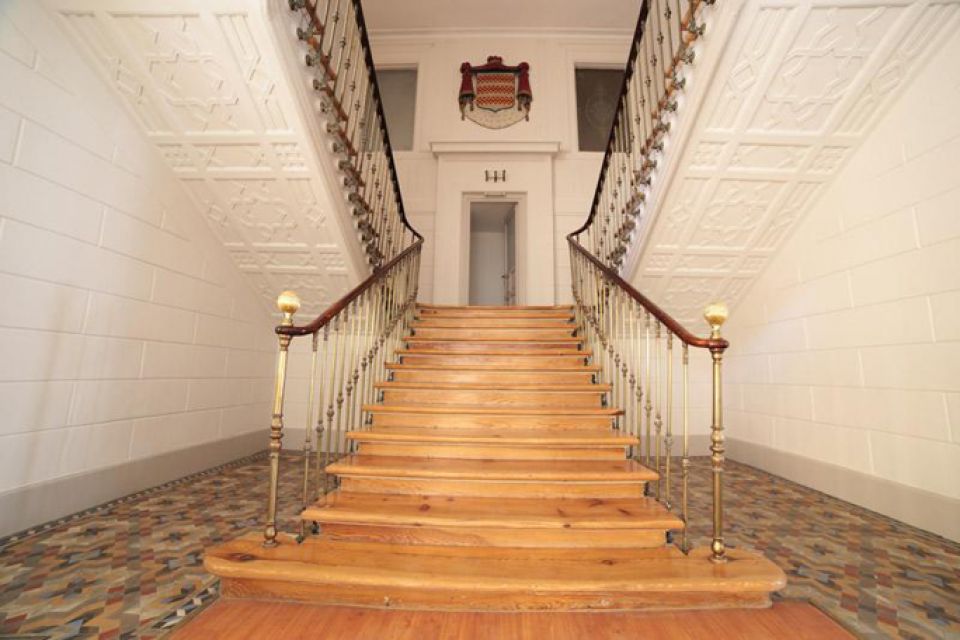 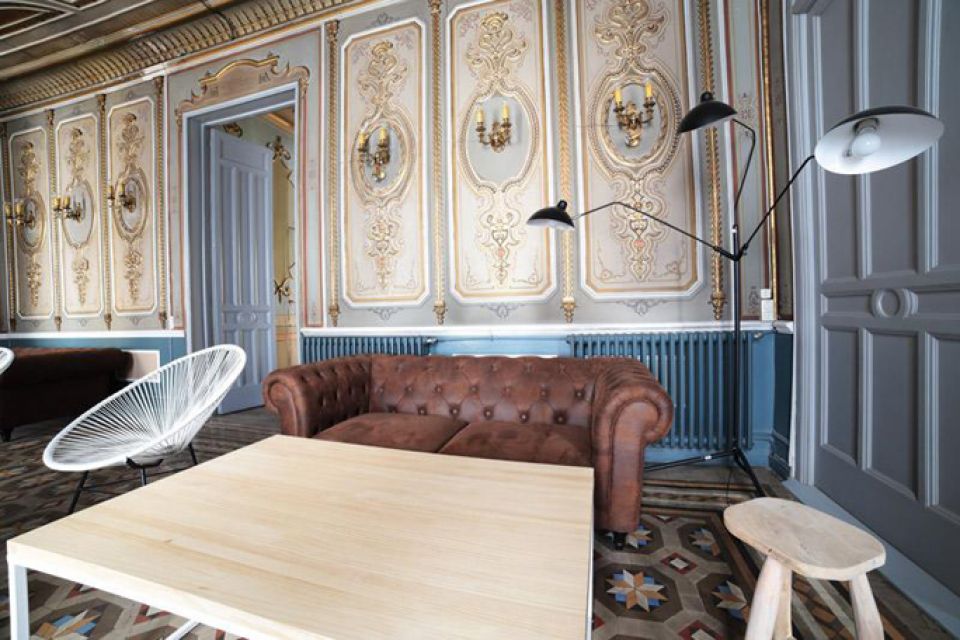 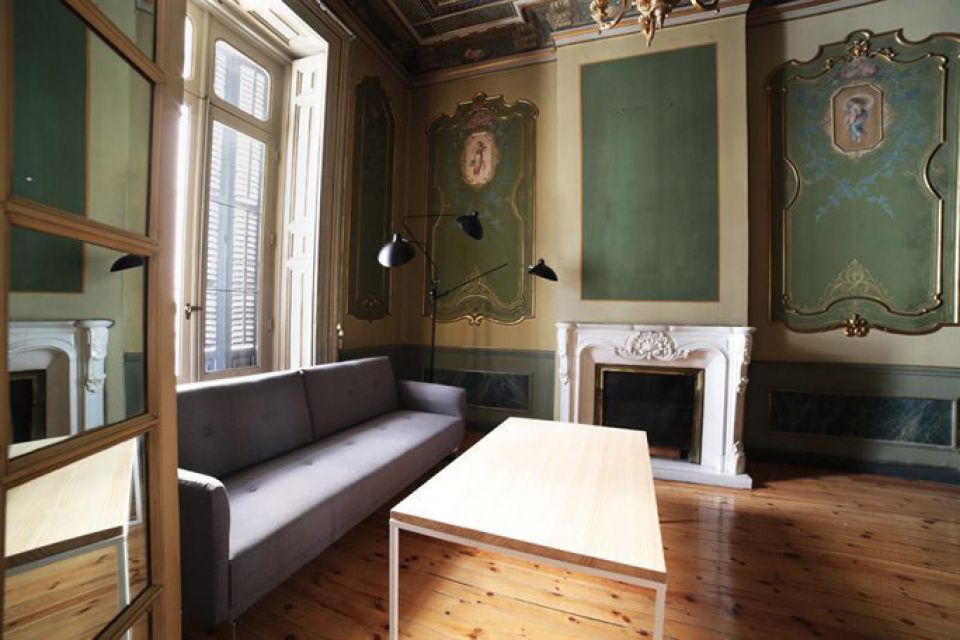